I’ve just finished The Order 1886. This was going to be a review of it. The Order 1886 is a flawed thing – there’s plenty wrong with it and at first I found myself analysing the experience in those terms familiar to most of us videogame hobbyists: I considered gameplay, structure, mechanics, visuals, technical achievements; I was thinking in the lexicon of mechanical dissection of the experience. That process led me to the following early conclusion, dismissing the game thus:

“So. It looks incredible. I mean, not nice or really good. Incredible. Staggering. But after an hour and the first chunk of combat? It's so bad as a game that it's as if Ready at Dawn’s development team sat down in the pub, and for a laugh did the developer equivalent of the comedian's 'what's the most offensive joke we can possibly tell?' routine.

The Order 1886 is the video game equivalent of The Aristocrats.”

But I’d paid my own money for this, pre-ordered no less; so I was prepared to push on, and fuck it as a father with young as well as older kids it was a relief to get the odd forty minutes of escapism on the occasional evening.

And it was in realising that I was just going to play the thing anyway, that I began to drop some of my critical defences; in the same way that a frustrating early level of something you’d saved up your pocket money to get on tape rarely stopped you playing it. I mean hell, we’d type in code out of magazines just to play an awful home version of Canyon Bomber and then play it for hours and hours. So I forgot about E3 previews and Next Gen expectations and just played the bloody thing.

And then, four hours in, four perfectly acceptable hours of just playing a game, and I’d reached a new conclusion:

“I've been grinding through it and there's been a couple of moments where I've thought ‘honestly, just fuck off you ham fisted twats’ but found myself wanting to push on all the same. The story is great and the sense of place is truly astonishing; for brief seconds, it even leaves uncanny valley and your brain thinks "yep, that's real".

But there's no gameplay variety, not once in the first four hours does it use gameplay to move the story along. Weapons are nice but combat mostly feels like Deus Ex on PC. It can be dull for long periods and there are QTEs up the wahoo. Sometimes it doesn't even give you a QTE, it just takes control off you. Climbing is silly and more than once you'll be standing next to a low shrub wondering why the fuck you can't step over it.

But tonight, it's as if I'd got to a bit they'd spent more time on; great game mechanics, satisfying run and gun combat and all of it driving the plot towards the revelation of a new baddie, who is terrifically creepy and quite chilling.”

Followed the next night by this:

“Right. So, whisper this: The Order 1886 has just got fucking fantastic. A stealth bit that is just the right length, followed by a cracking bit of shooting which then drops some chilling plot twists and presents a superb and brilliantly performed villain. Didn't want to stop playing but Emily wants us to watch stupid True Detective ‘together’.” 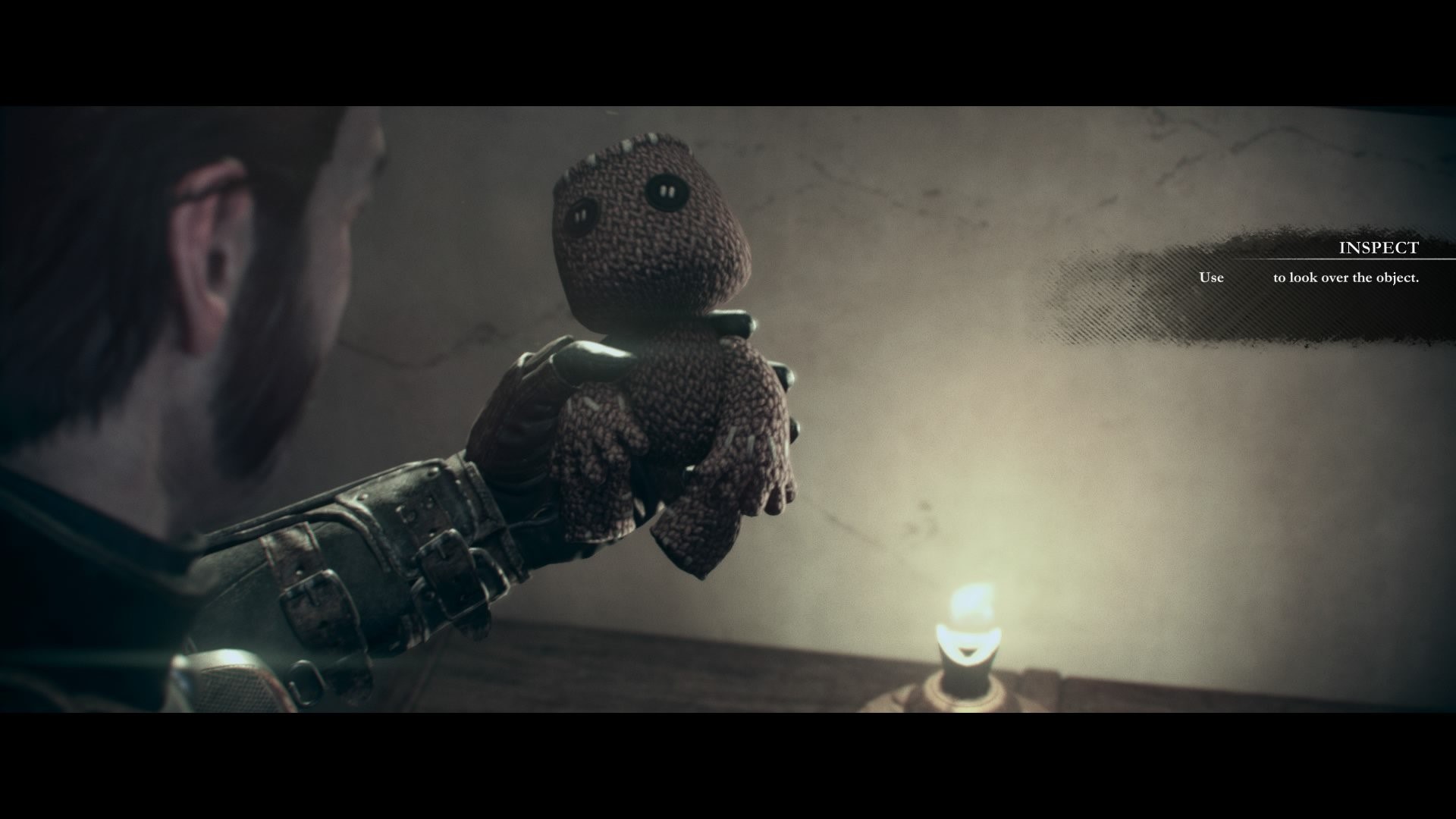 And then I finished it and the ending is great, it includes an in-credits teaser that hints at the game they want to make next but never will because critics and us lot on social media, have savaged The Order. We ordinary gamers have done that because we know too much. We over analyse games, we’ve forgotten play for it’s own sake. That sequel could be magnificent; all Victorian Batman versus zombies, where the Penguin is Jack the Ripper and the Joker is The Right Honourable William Ewart Gladstone, and Alfred is Nikolai Tesla. And Gotham, my god, that beautiful steam sodden brick London Ready at Dawn have made; all stealthy rooftops and heart-stopping vistas. That’s a Gotham to savour.

But we’re never going to know because it won’t get made after the pounding we’ve given The Order 1886. Sure, maybe the sequel I’ve just described is actually Dishonoured; I don’t know because I’ve never played Dishonoured because someone said the voice acting is below par or for some other singularly unimportant reason.

The majority of reviews for The Order 1886 give this a 6/10 range but there are also a slew of usually credible sources crunching in at 4/10. One such is to be found in Edge:

“Despite the obvious talent at work here, the studio has chosen to bury The Order's potential under a fug of dissociative, QTE-focused game design that's as stifling as the smog that creeps through its Victorian streets.”

Fug. Dissociative. Stifling. Smog. Ooh, look at you and your education Edge; you’re so clever and like Wil Self or something, probably shooting up heroin into your gamepad while arguing with your literary friends over the relative merits of different fucking cheeses. It’s cheddar, a soft one that smells off but can’t go in the fridge or one with blue bits in – that’s it for cheese, everything else is a nonsense. Manchego? I mean, fuck, what is that? Cheddar from a sheep’s anus is what that is. A sheep’s anus. Yeah, like your constantly a bit disappointed with ‘videogames’ magazine.

Games as art? Yeah, absolutely, I buy that. Papers Please, though unfucking playable beyond the point where you start to consider suicide, is an important expression of something or other and I’m glad it exists. Everybody’s Gone to the Rapture is a thing of special beauty and can lay legitimate claim to being something beyond and to the side of a label such as ‘game’ but when it comes down to it, the thing we do with these electronic media on our consoles and PCs is play them.

Look: ‘games’ and ‘play’, I’ve done that thing where those words are on a separate line, like a whole paragraph for one word so you know they’re important.

We play videogames. We might be grown ups, but we’re players of games. There should be fun and joy in that, not just in the activity itself, and certainly not to the exclusion of important experiences such as the two worthy and excellent examples above; but the very idea of sitting down for an hour to have a go on a game should be something that fills us with anticipatory glee. When the likes of Edge will give The Order 1886 a score of 4/10 and GamesTM can write off that game with a desultory 3/10 – we should be asking ourselves what has gone wrong with our anticipation for and subsequent enjoyment of playing a game?

Here’s the thing – every game you’ve ever loved is flawed. Space Invaders goes nowhere, Defender is too hard, Robotron is too physical for the cabinets it’s played on. But back then we stood in front of those cabinets, or sat at computer tables brought home from Argos in the back of a mud-brown Austin Allegro, and had not a fucking clue what to either expect, or what was going on in the code to make the game we were about to experience. 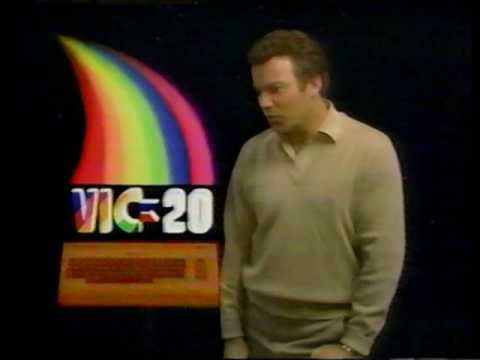 Now we know too much. That’s the problem – the Allegro is long gone and instead we’re sucking down giant games through fat chords of glass fibre in the time it takes to post snarky Eurogamer comments bemoaning the lack of original IP in modern gaming. Ordinary gamers like us, we talk of framerates, AI, game mechanics, pace, narrative, sandboxing, textures and all manner of emotionless, play-irrelevant, bollocks. OH I JUST CAN’T LOOK AT A SCREEN RUNNING AT LESS THAN 60FPS. Yes you can, you’ve just got lost; you’ve convinced yourself that these things are an issue. Back in the day you would have allowed yourself to see through the bit in Jet Set Willy where you had to jump through the stairs instead of walk up them, you forgave Valve their ridiculous trip to Xen and though you had a little cry about it, you soon forgot what Elite was like before you got the docking computer.

“It's a technical showpiece, a graphical powerhouse that, in some ways, is almost without equal. It's also a short and disappointingly straightforward cover-based shooter that offers little to no variety in its encounter design, a lackluster story that fails to make good on its initially compelling premise, and a set of jarring Quick Time Event setpieces that aren't especially interesting from a gameplay or a storytelling perspective.”

“…in some ways, is almost without equal”. Yeah, so was Rise of the Robots but that game was unplayable, I’m not at all arguing for games to get a pass if they look pretty, I’m fiercely arguing that the disappointment when a stunning looking preview, or a technical triumph not turning out to also be the second coming of Ocean shouldn’t be allowed to trump the question of fun and enjoyment. 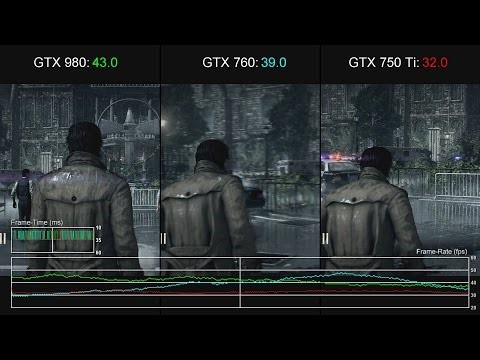 So many reviews of The Order 1886 take this line. GamesTM gave it three out of ten. Three. Out. Of. Ten. A game that bad should be one that has buyers writing to Watchdog and demanding compensation for emotional damage. They start their review with the nonsensical line “A shattered promise is worse than no promise at all.” No it isn’t. A shattered promise is disappointing but it’s only worse than no promise at all if the initial promise was this game will punch you in the ball-sack. I honestly think it unlikely that GamesTM’s reviewer was punched in the ball-sack by The Order 1886. And here’s the revealing point: I can’t argue with any of the technical observations in their review. Their review is, on one narrow level, a correct one http://www.gamestm.co.uk/reviews/the-order-1886/ but in its appraisal there is no room left for anything relating to fun. The review concludes “A CASE OF EXTREME HYPE AND ZERO REWARD”. Zero reward. As in, you’d be better off sitting still in a chair for the seven hours it takes the average gamer to complete The Order. That’s bullshit.

The Order 1886; it’s a perfectly good diversion for the time it takes to complete it. There are some shit bits, there are some ace bits. Is it worth £60? Probably not. £40? Yeah, I think it probably is. £20? Definitely. As the PS+ monthly freebie it’s definitely destined to become? Cor yeah.