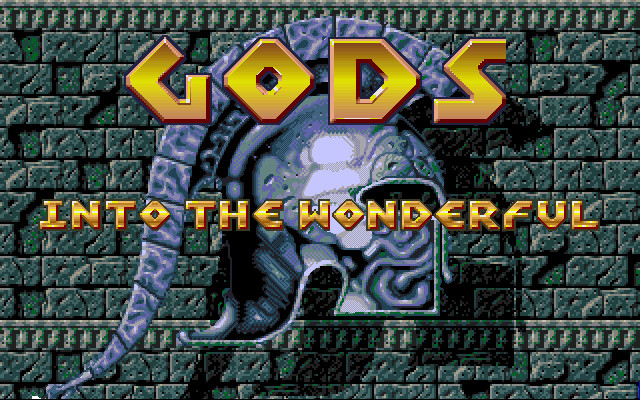 They Were Our Gods – the book that Rodent made possible

I tried... I applied for a ZZAP! Reviewer's job when I wasn't long out of school.  Unsurprisingly, I didn't get that job.  I didn't really think much more about it after that.

Fast forward to around the year 2001.  I'd recently moved to America and discovered the joy of emulation.  It was fantastic to have an almost-complete library of Commodore 64 and Spectrum games on tap, and a huge bonus to have access to all the other systems of the time too.  That was when I wondered what the games programmers of the 80s were up to now.  That was when I had my idea to write a book about them and their games.  I even came up with a title - “They Were Our Gods”.

Again, time passed, and I didn't even think about starting to write that book.  I did, though, get to scratch my games writing itch, courtesy of this fine website.  It was November 2003 when I had my first piece published by Way of the Rodent.  It was a nostalgia piece, something the mag did very well.  But from that, and my Stateside location, I became rather prolific as a writer.  I had access to a lot of games before the rest of the Rodents, which put me in a good position to be a games reviewer.  I was given a column.  I even started to learn how to use Photoshop... well, a free copy of Painy Shop Pro, anyway.

Way of the Rodent gave me confidence as a writer, and a creative outlet, too.  So when it started to wind down the frequency of its publication, it left me at a bit of a loose end which I needed to fill.

I started a blog, which was called A Game A Day, where I played, and wrote about, a game a day (surprise!).  Then we had a baby and my time became more limited, so A Game A Day became A Gamer Forever Voyaging, where I wrote about games I'd never played before, as well as the occasional old favourite.  It became reasonably popular, and I enjoyed it.

The idea for the book never went away, though.  I might never have started it, but then I saw the Indiegogo campaign for a movie called From Bedrooms To Billions.  Terrified it was taking my entire idea and rendering it obsolete, I realised it was time, as my old dad would say, to shit or get off the pot.  I committed to starting my book.  They Were Our Gods was born!

It's changed so much in the three years I've been doing it.  For a start, it's not as easy as you think it's going to be.  I've got folders on my computer for 282 people, all of whom I would love to include in the book.  But that would make it an encyclopaedia, and not a particularly thrilling read.

Then there's the issue of actually finding and contacting people.  You tend to think that everyone is on the internet.  Not so... there are loads of people that I simply can't find.  There may be other ways... some of the retro mags are sure to have details for people I'd like to speak to.  But then, they're not going to hand out those details to any fool who says he's writing a book.  I might be a crazy stalker, for all they know (I'm not).

So I'm doing pretty much everything off my own bat.  That's so much work.  You have no idea how difficult it can be to think up reasonably interesting questions for people, even when you've wanted to talk to them for years.  When you consider how different my approach is, too, it's even more difficult.  That's because I'm asking the programmers questions about every 8-bit game they wrote.

I won't lie... this has frightened some people off.  Who the hell wants to receive a six-page word document full of questions about their past?  I must come across like a crazy stalker (I'm really not).

Still, it has been embraced by many, and I have tons of fantastic material from all kinds of 80s gaming personalities.  Programmers, artists, musicians, reviewers and even cover artists... all are represented, and all are talking about their early days, how they got started in the business, and their work.

I can't tell you how excited I am to read every interview that comes back.  It's the sort of stuff I'd have absolutely lapped up in the day, and I'm sure many of you will still lap it up now.  There are some legendary names in this book, such as Andrew Braybrook, Jaz Rignall and Jon Ritman.  Then there are names you might not recognise but whose work you will, such as cover artist David Rowe, who also did the graphics for the ITV show Knightmare, and Jeff Naylor, who is surely the only games programmer to have directed an episode of Emmerdale Farm!

I'm still collecting interviews, but most of them are in and there will be around 40 personalities in the book when all's said and done.  It's going to be a mighty read... I reckon a good 500 pages, if not more.  Put that in your pipe and smoke it!  And it wouldn't have existed if this mag hadn't given me the confidence in my ability to do it.  That being the case, it seems only right that there should be a sneak preview here.  These are draft pages but they're pretty representative of how the thing will look.  I hope you like it... keep an eye out for it.