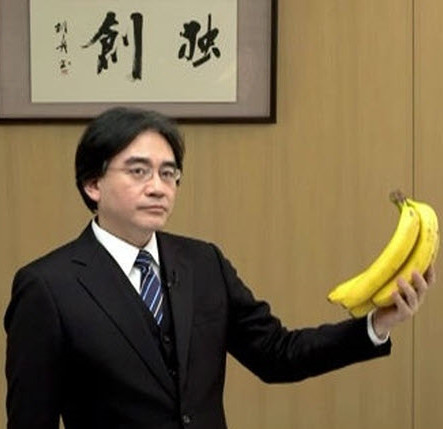 So yeah, Satoru Iwata died on 11th July 2015. For a lot of us it seemed rather sudden - I mean, it was clear he hasn't been a well man for a while. He missed E3 in 2014 due to illness and more tellingly, as every Nintendo Direct was released, it showed a slightly more frail man than before.

Yet, then came E3 2015. Nintendo ducked out of the live show again, but their direct presentation was wonderful. Forget about the games it spoke about, or any announcements it made - what is evident throughout is just how much *fun* everyone at Nintendo is having. Forget the Sony and Microsoft cock waving, Nintendo decided that games should be fun, so why not fuck about a bit? Satoru Iwata was a massive part of that. Alongside the lovable big idiot Reggie, and the increasingly creepy "child in a man's body" Shigsy, he was the perfect straight man - and the fun they were having was infectious to say the least. People stopped calling Nintendo a has-been and actually got caught up in it all. Amazingly, despite being made from empty Cornflakes boxes and some cotton wool, people started actually buying WiiUs all over the place. Gaming was fun again.

Don't take my word for it, have a look at the official video: http://e3.nintendo.com/videos/#digital-event It's completely insane.

Hopefully (and early signs are good) Iwata's legacy will live on and Nintendo will remain the breath of fresh air in gaming while everyone else takes themselves way too seriously.

Finally, back in 2007 rodentia made a short video - I can't ever remember why we did it, but it fits perfectly now.