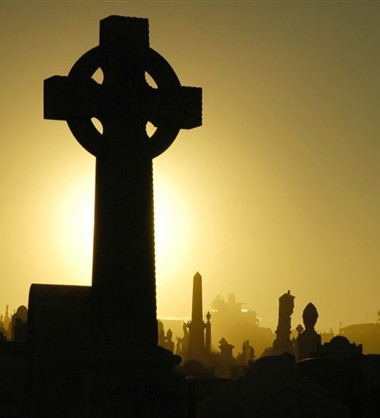 I can’t imagine what it must’ve been like to build arcade cabinets from the ground up on a factory production line back in the early 1980s. Rumour has it that those employed by Atari in California to hand build the classic cabs we know and love, were largely low-paid, permanently stoned hippies and Mexicans (am I allowed to say that?!). Some even go as far to say that the unique musty arcade “smell” you get when you switch on a thirty year old arcade cabinet is part weed, infused into the wood of the machines by the workers toking on joints all day on the production lines. 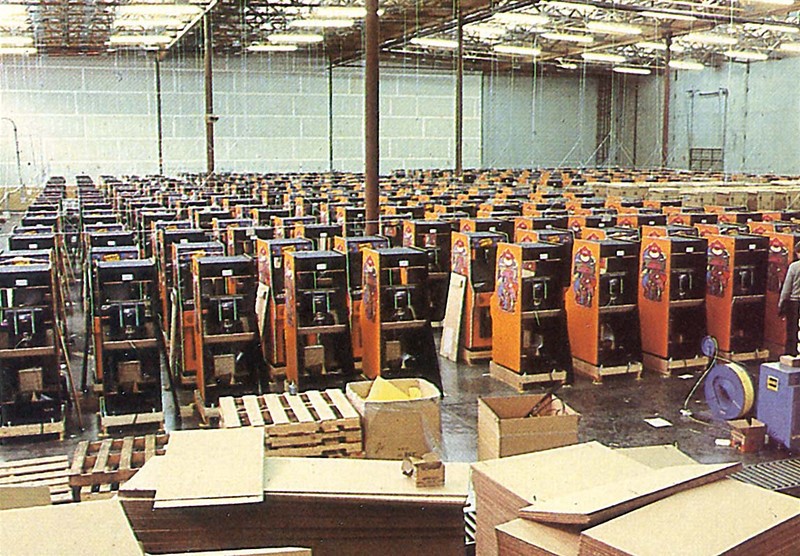 Whatever the truth, and having gone through the experience of restoring one of these monoliths over the summer (and seen first hand some of those stoned workers’ handiwork), I can well imagine that to do it for a living would require copious amounts of class A and B drugs just to get you through the day.

I knew nothing when I decided that I was going to embark on an arcade cabinet restoration. I quickly discovered that the process is insane - frustrations come at every corner, and god help you if you don’t have an eye for detail, a willingness to learn, and sleuth-like research skills.

Deep pockets are a prerequisite when you are a Brit (as I am) attempting the restoration of a cab that spent most of its life in the USA. Flying bits of metal and artwork over the Atlantic Ocean is as expensive as it is hazardous.

So right from the start, I was up against it. I don’t have an eye for detail and I’m too stubborn to learn new stuff. Add to that a dreadful habit of being hopeless at finishing things (you should see my console games collection – a wasteland of half finished, and in some cases still shrink-wrapped games) and a hatred of spending money, the prospects of actually completing a restoration were slim from the outset.

I should also point out that I’m very much a “noob” (is that the phrase the kids use today?) when it comes to the restoration of these things. So if you are hoping for a detailed, in depth document here about the right way to perfectly restore an old arcade cab and how to repair circuit boards and the like, then you are reading the wrong article daddio. That said, I’ve owned a number of cabs over the years: Defender, Robotron and several candy cabs. Oh, and a Missile Command I think. So whilst I wouldn’t profess to have a particularly deep technical understanding of these things, I do have half an idea of how they work and what all the parts actually do.

But I wanted one of these Nintendo machines. The design is almost toy-like. Back in the day I never saw one over here, although I’m told a handful did make the journey over the pond. I’ve read the articles about how Nintendo’s first forays into the arcade world weren’t particularly successful. Radar Scope, their first game to be placed into one of these iconic cabs, was a massive flop in America. Myamoto was brought in, worked his innocent youthful magic, and Donkey Kong was born and of course was an immediate hit. The rest is history. The geeks on KLOV can tell deeper stories than I about how the cabs went through several different iterations and manufacturing processes. That said, the iconic design was a constant throughout the range of releases on Nintendo’s arcade platforms. Radarscope, Donkey Kong, Donkey Kong Junior, Donkey Kong 3, Popeye and then the Playchoice games, all were housed inside this particular shaped cabinet. 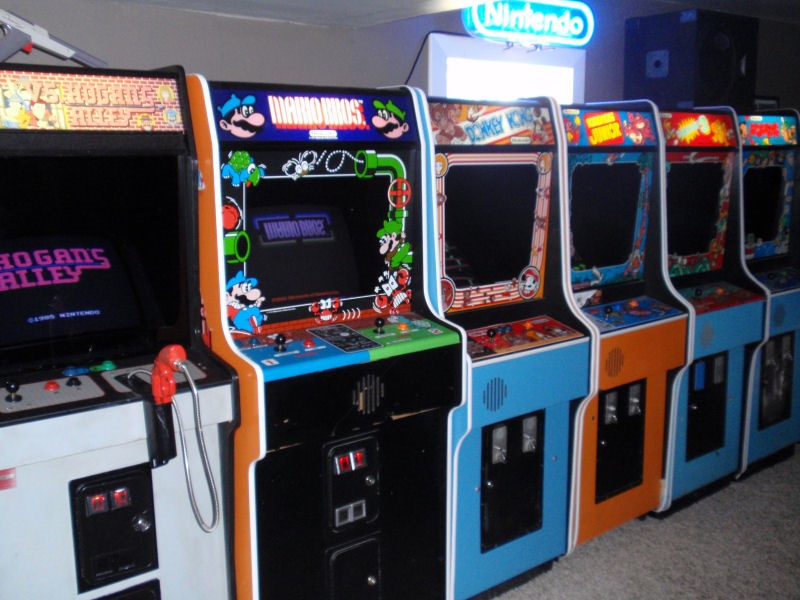 If you have never been to the Funspot arcade in New Hampshire, you will have never experienced what is known as Nintendo Alley - a particular corner of the arcade which plays host to a row of 7 or 8 Nintendo cabinets, each housing most of the games listed above in a variety of colours. As a classic arcade player, a more beautiful sight you are unlikely to see. I stood in awe at this “bucket list” sight back in 2006, and at that point I knew I had to own one of these beautiful machines.

But of course, real life took over, I was busy with other distractions, like working, paying mortgages, procreating and the like.  So the acquisition would have to wait. Until last year, when a friend pointed me to an eBay auction in Germany. Sure enough, it was for a non-working generic Nintendo arcade cabinet. His note read something like:

“Oi Tony you big fanny – get this cabinet bought. You always wanted one so now’s the opportunity. No more excuses!”

I sat and thought about it. The chances of getting a Nintendo cab over to the UK from the USA were slim. These are big, heavy monoliths. It’s one thing slipping a pair of cheap Nike trainers back to old Blighty in my suitcase from the outlets in Atlantic City; it’s another convincing the nice customs people of Great Britain that a full size Nintendo cab is actually the latest design of Samsonite luggage and I could carry it into the cabin without any trouble. Any cabs over here already are probably restored and will command top dollar prices – that is if you can find a collector willing to part with one.

So perhaps now was the time – after all, getting this from Germany to the UK was far easier than any attempt to import from the USA. The arcade gods were indeed tickling my nutsack.

But of course I had to get over the first hurdle - The Warden.

Now don’t get me wrong - my wife is great. Seriously. She’s put up with a husband whose hobby requires that a grizzly bear-sized lump of wood sits in the corner of our main living room. At one stage there were four of the damned things. What’s more, the artwork on the sides of most of these cabs is pretty garish (it plays havoc with the colour scheme choices in the room I’m told – Jesus, what do I know?). So it was with a certain amount of trepidation, that I broached the subject of acquiring yet another cabinet.  I struck while my chances were good. In other words, I’d just taken the trash out, loaded the dishwasher and mowed the lawn.

“So what do you think?” I asked, after a great five minute detailed diatribe about how a Nintendo arcade cabinet would do wonders for our marriage, our kids health, the European economy as a whole and the general stability of mankind for the next 100 years. I gave it my best shot and pictured Hitler’s Nuremburg address somewhere in my head as I did it. The Warden rolled her eyes, and replied “Here’s the deal. You can have as many cabinets as you like, so long as you get them out of the lounge downstairs, and upstairs into the spare room”.

“SOLD!”. She bought it. Such small victories are rare. I fired up the laptop and browsed to ebay.de before she could change her mind.

I suppose we should talk a little about the prices of classic arcade games at this stage. It’s hard for collectors over here in the UK to imagine what it must be like to be able to acquire most machines for well under $500 as our American counterparts can. Decent cabs in decent shape will currently attract prices of around £800-£1,200 here in the UK. An original Donkey Kong in nice condition will fetch £1,200 or more.  (Did I mention about needing to have deep pockets?).  I’m sure those prices seem absolutely insane to the average US collector. And the trouble is, in order to get machines into that sort of decent shape, you also need to spend money acquiring parts. Most of the time, the only place these are available are in the US. This results in even more expense. Shipping costs are crippling, and most US sellers know they can milk the UK crowd – we are a captive audience. There are very few deals to be had.

So here’s my advice – don’t try and make a living at this. It’s difficult.

So I knew I was in for a good wallet emptying experience when buying this cab. But hey I thought I’d try my luck and emailed the seller through their website to enquire about the cab and it’s price. Much to my surprise, he came back and offered me not one, but two cabs at a decent price. I went a little lower again, and a deal was struck.

A week later, a grubby looking Polish bloke knocked at my door and mumbled something in broken English at me about a delivery. Sure enough, an huge pallet was offloaded from his truck and was placed in my garage. “Goodbye my friend!” he shouted as he drove off, leaving me standing there holding a tatty invoice for several hundred Euros. It was like the opening scene of some bad comedy film.

My excitement was soon evaporated when I unwrapped the pallet. Staring back at me like two broken giants, were two tatty, beat up Nintendo cabinets in light blue colour. One had no marquee or any sort of identification at all, and the other looked a lot more sorry for itself than the photographs I saw before purchasing it would have me believe. Both were damaged to varying degrees, and it was clear that both had been raided for parts over the years. To be honest I wasn’t sure what I was expecting – perhaps two mint, shiny arcade cabs with full side art, a golden handshake from Mario himself, and a chorus line of Japanese Geisha girls fanfaring their arrival down my road in front of the delivery truck, with the entire street cheering and waving as the cabs rolled by - that would have been nice. But alas, it was not to be. I tried to be positive, and plugged them both in to the mains socket. 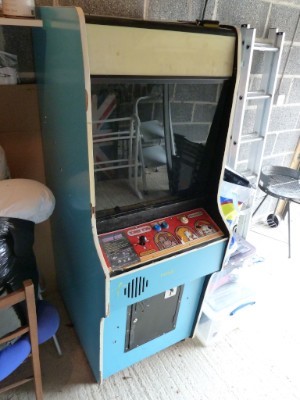 At that precise moment, the enormity of what I’d taken on hit me between the eyes. Somewhere far off in the distance, I could hear the distant mocking sound of a German arcade collector guffawing over a bratwurst and a pint of beer that he’d paid for with my fucking Euros.

The arcade game gods shook their head disapprovingly at what I had done.